CP of Armenia, Strongly condemns the invasion of Syria by Turkey 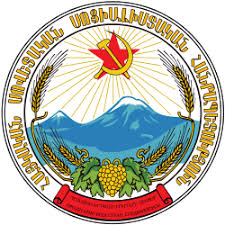 Communist Party of Armenia believes that the Turkey’s invasion of north eastern Syria on 9th October is both on human level and political level as well as the political situation in the Middle East region has been catastrophic.  It is threatening the physical existence of the civilian population and is worrying of CP Armenia as it also effects the lives mainly Armenian populated area. The communist party of Armenia views the invasion and as a result revives the memory of the tragic ethnic cleansing of the Armenian population in the area and hence a possible repeat of the history of 1915 Armenian Genocide.
The regime in Turkey has shown that like its predecessors in the beginning of the 20th Century it has expansionist ambitions and intends to carry out their plan of pan- Turkism at any cost.
We call up on the international community and progressive forces across the world to voice their rejection of Turkey’s invasion and to mobilise all their power to stop the illegal occupation of Syrian territories and prevent escalation of the invasion in order protect the Syrian population.
We express our solidarity with the Syrian people and their legitimate government as elected by them.  Only people of Syria have the right to decide the future of the political system in their country and no one else.
Central Committee
Communist party of Armenia
October 2019
Publicadas por Party of Communists USA a la/s 22:14